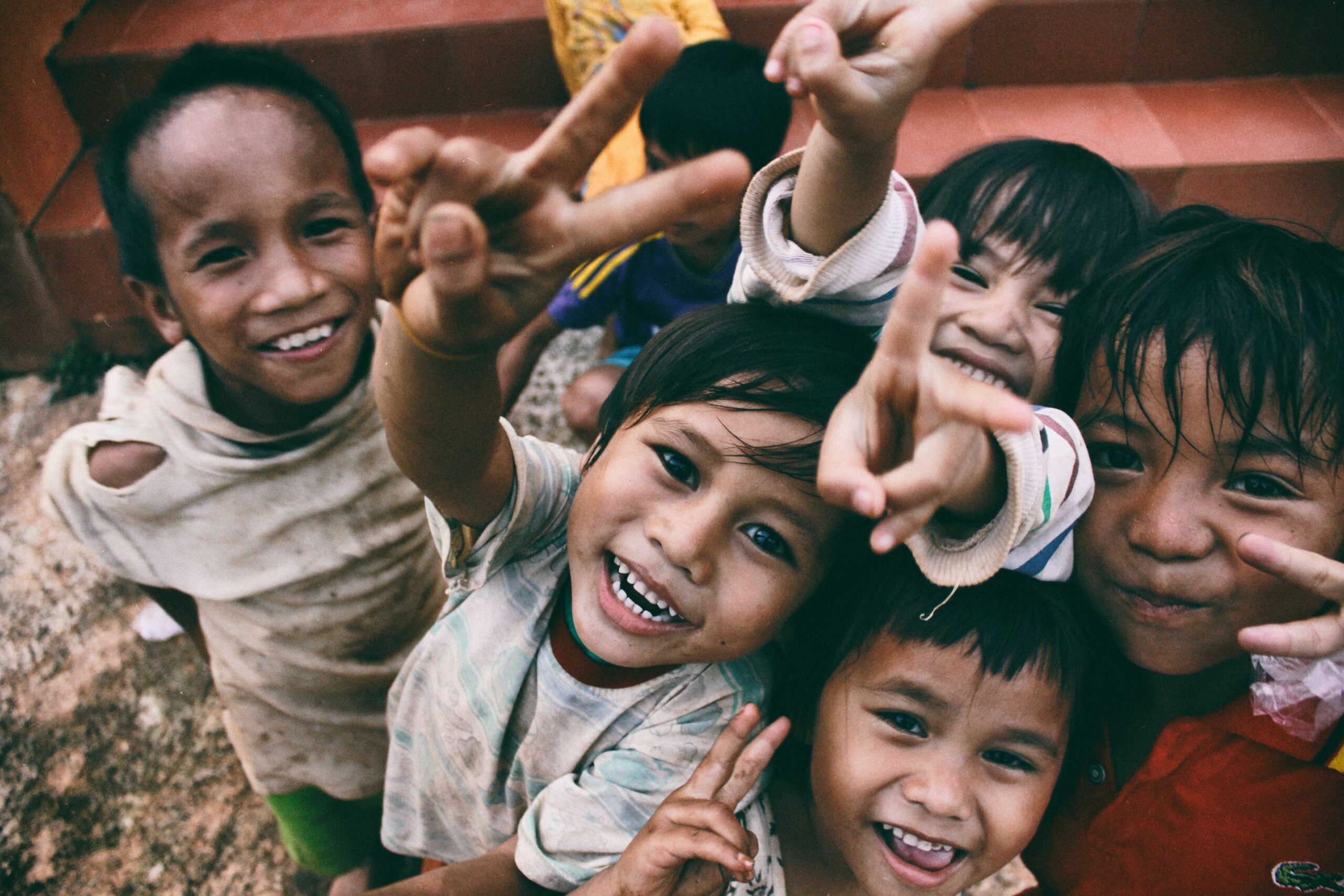 Give a Monthly Gift

Your monthly donation will provide basic needs, education, and so much more!

Once your donation is set, you can feel good knowing you’re making a difference every month. 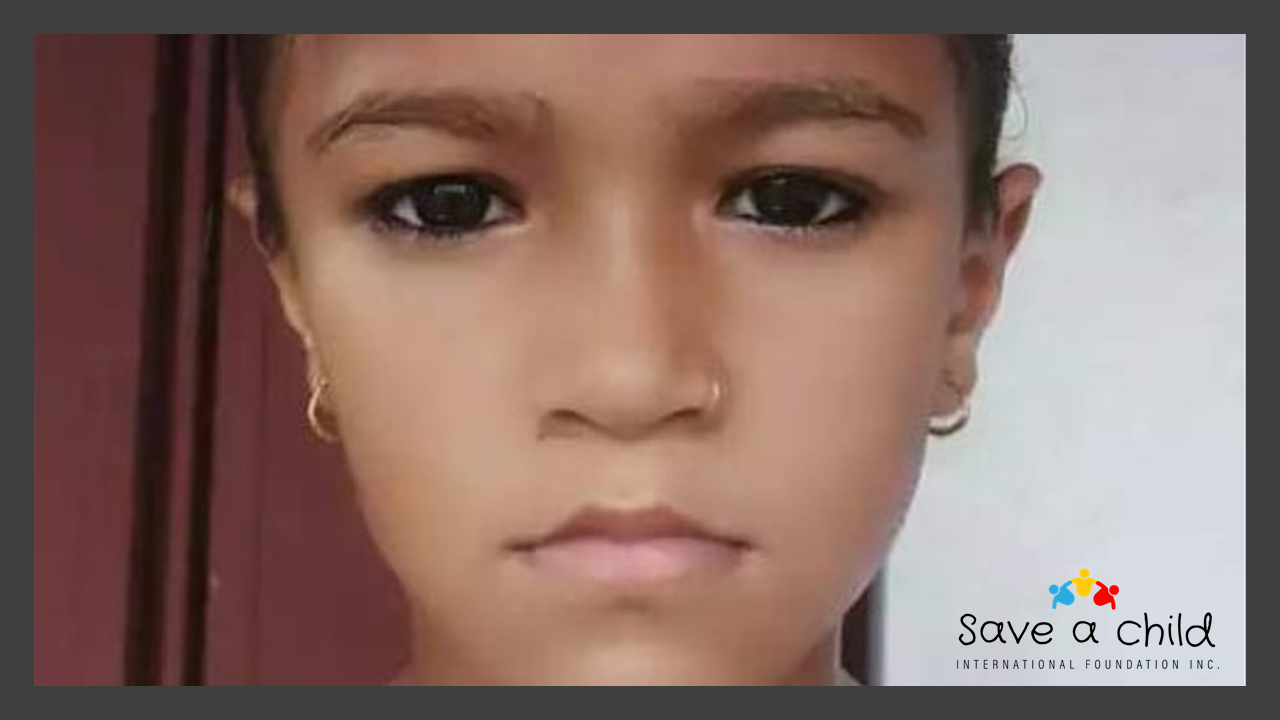 ID number: SPC-MM-2003
From: Chitwan, Nepal
Grade: 4
School’s name: Shree Basic School, Sharanpur
Number of family members:  6
Mariyam is a girl residing in Nepal with her mother and siblings in Chitwan. She lost her father 3 years ago and now her mother is rearing her children including another youngest girl child. Her mother is an ordinary woman, works in field and earns some money as wages and managing the expenses of the family. Her family is being kind of isolated because of their religious background, despite that, Mariyam is a very good student and keen to learn something new, everyday. 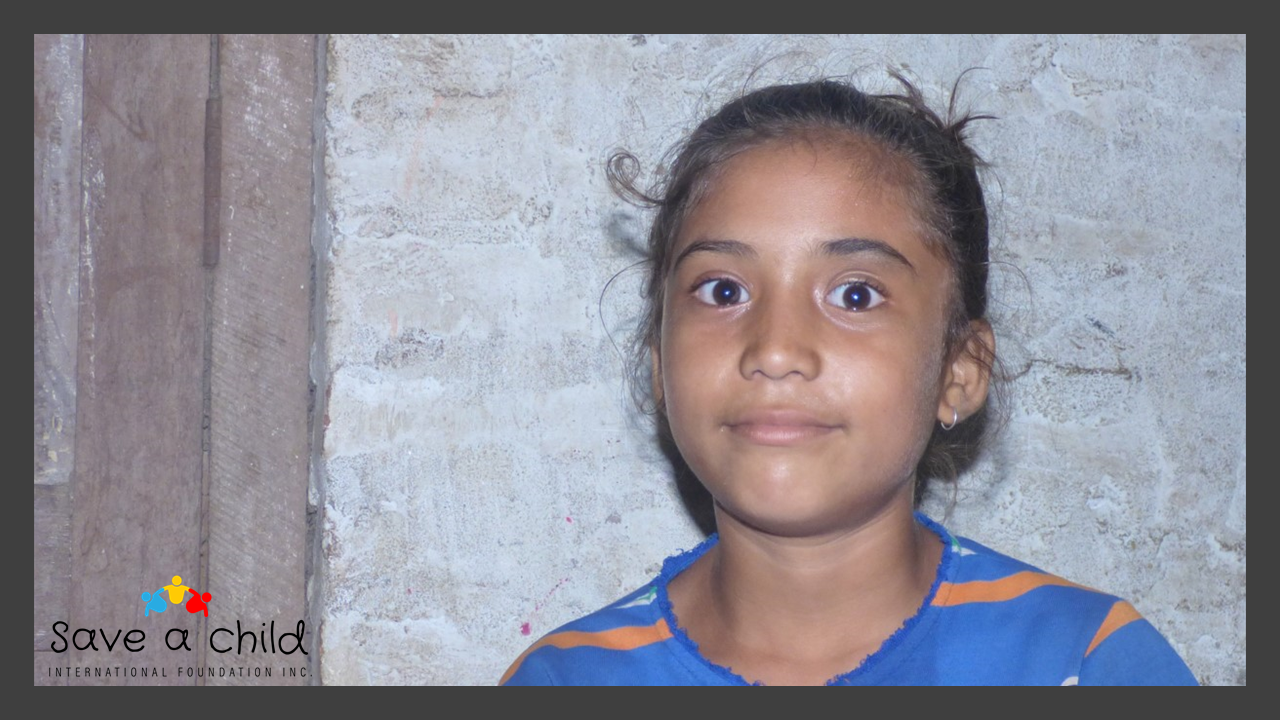 ID number: SPC-GP-2006
From: Devnagar, Chitwan, Nepal
Grade: 4
School’s name: N/A
Number of family members:  6
Ganga’s father has been imprisoned for many years.  Her mother is the only person who is taking care of everything for the family. They moved from Butwal, west Nepal and started to live in Chitwan for some years.
Ganga has 3 other siblings including her older brother and older sister and her twin sister. They do not own any land or any property. Working in other’s field and earn on daily basis as wages is the only income source in the family. Nobody in the family including her mother knows how long her father is going to be in prison. 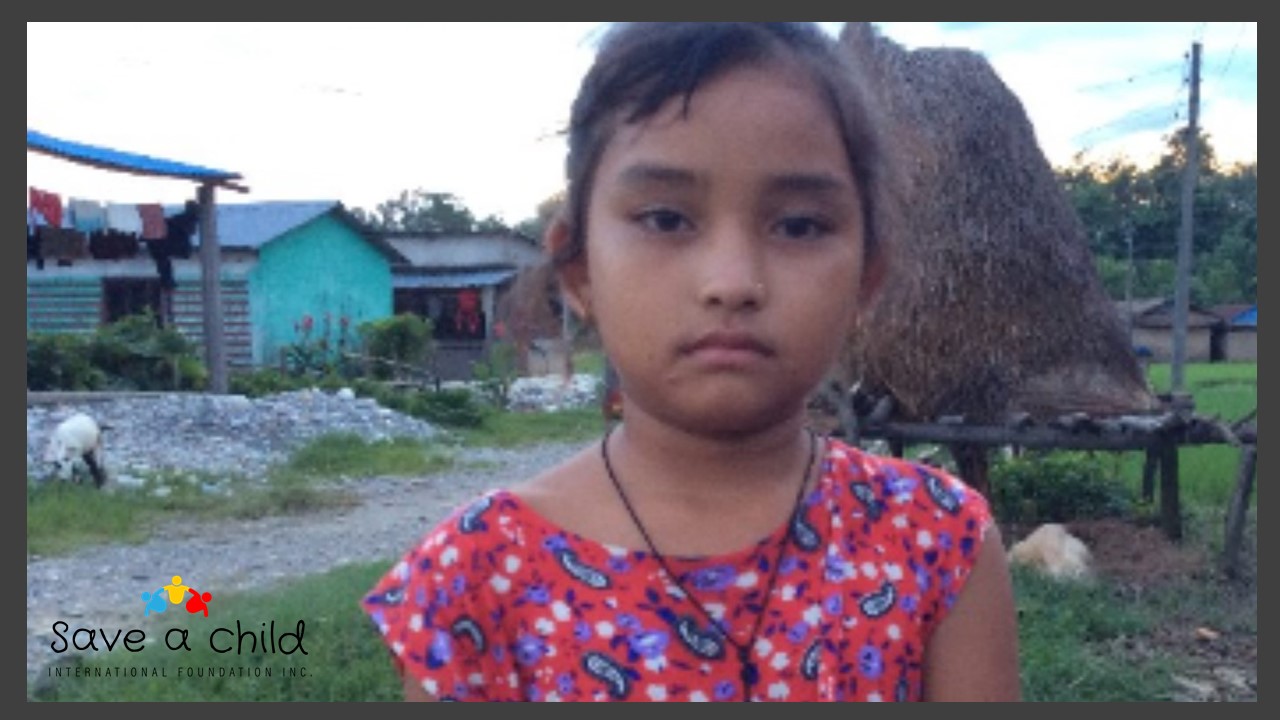 ID number: SPC-CG-2011
From: Jhanjhane, Sharanpur, Chitwan
Year of birth: N/A
Grade: 4
School’s name: Shree Basic School, Sharanpur
Number of family members: 3+3= 6
Chanda lives with her maternal grandparent. Her grandparents have a small agricultural farm. Her parents live in another village. Her parents do not have a good job that can afford her education, so her grandparents decided to take that responsibility to take care of her education and other expenses. Now that they are getting older still cannot do the hard available physical work, and that has an adverse impact on their productivity and earnings. Chanda is one of the brilliant students in her class. And she has a dream to complete her higher education in the future. Her parent and brother are living with another family. 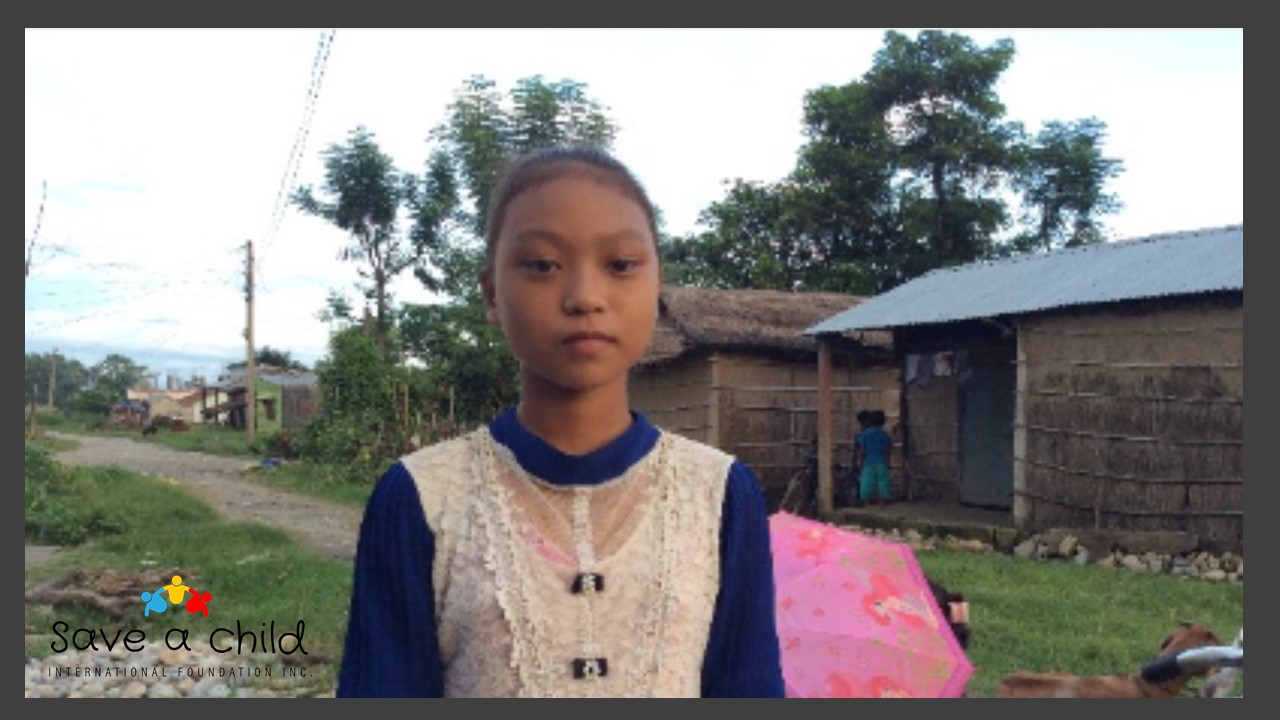 Sabina has three siblings and her parents. Her both parents are ordinary farmers. They do not have their own land or house so they rent a field and grow crops for the family. In off-seasons both parents work and they get in the village and far away from the town. She just completed her 5th year with good grades. She is one of the best students in her school. 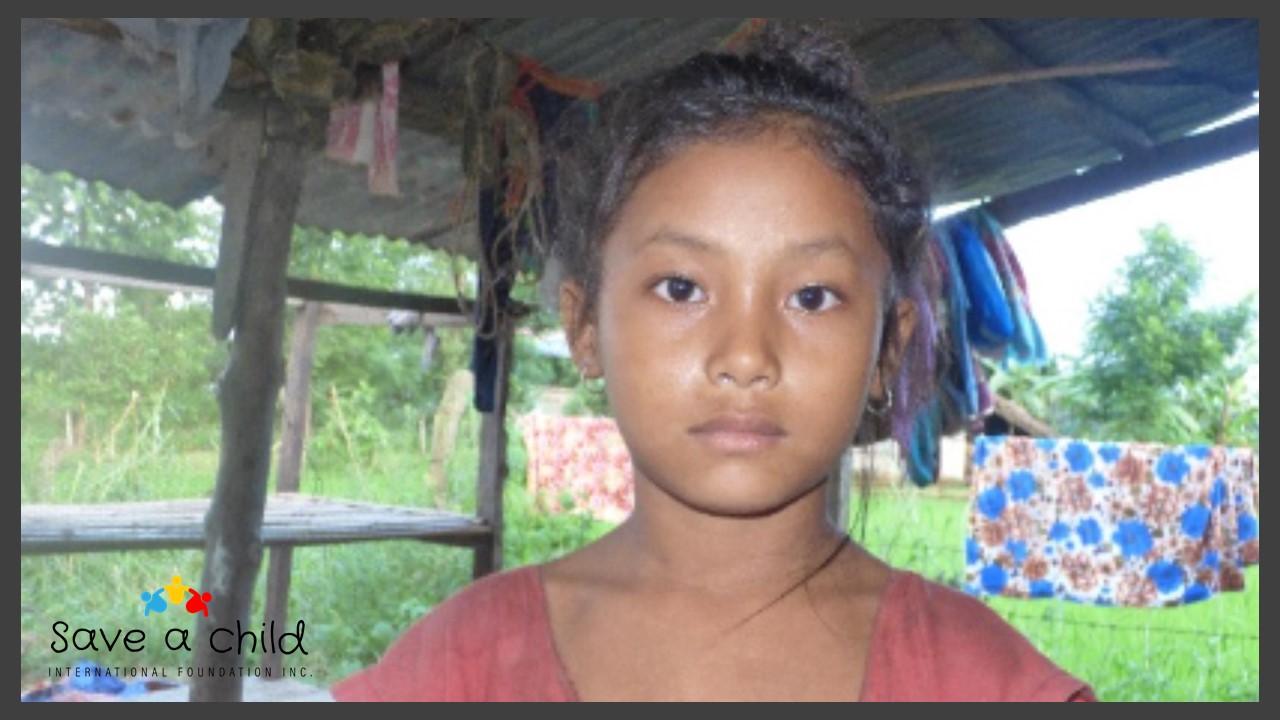 She is originally from Karsara, Chitwan, one of the remote villages in districts. Her parents sent her to her aunt’s family who lives in Devnagar, Chitwan close by the school where she studies. Her aunt’s family is also poor. They have a big family; they do not own any lands or house but they have a small rental house and do some agricultural farming to meet the family’s needs.

Her aunt has the responsibility to take care of Urmila additionally after her own children.  Urmila is one of the best students in her class. She always takes a 1st position in her class and she is eager to learn more. 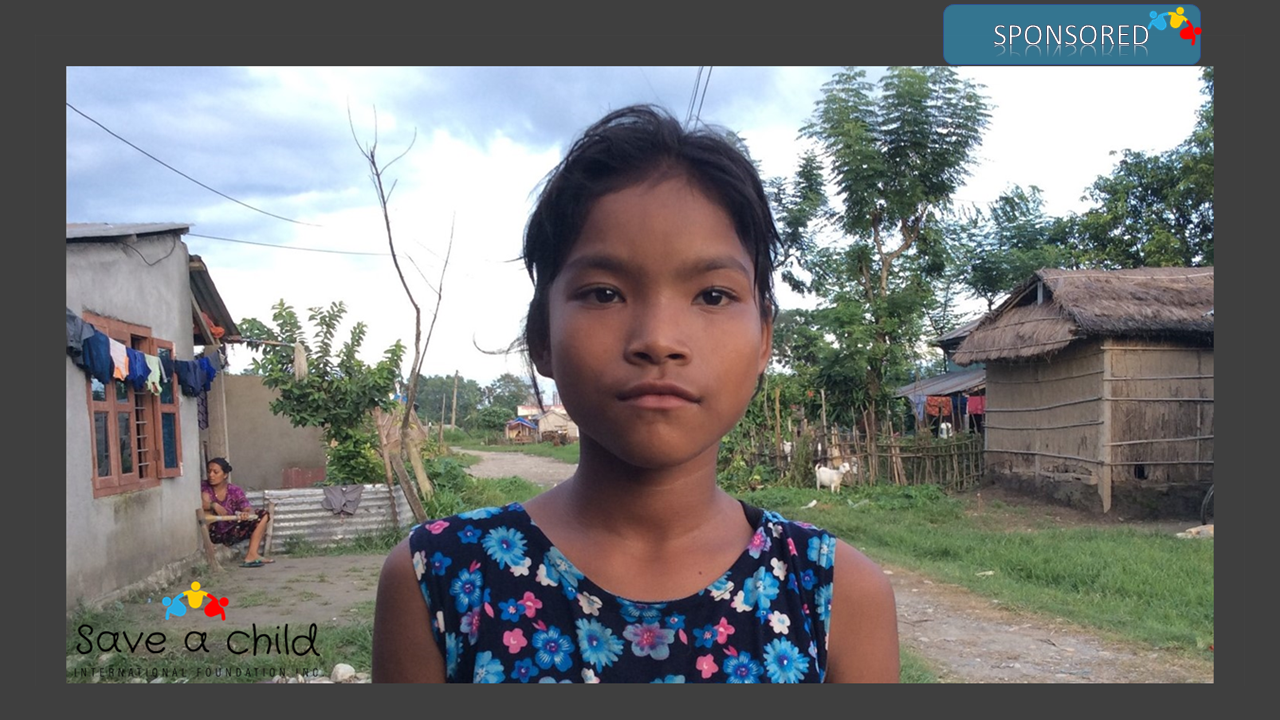 ID number: SPC-MN-2001
From: Chitwan, Nepal
Grade: 5
School’s name: Shree Basic School, Sharanpur
Number of family members:  Two older brothers and herself.
Mina is one of the very good students in her class. At the age of 10, she lost her father. The big tree fell down and hit his back. After some months her mother decided to leave this young child and got re-married. Since her mother left them alone, Mina and her brothers, suffered a lot. Two months ago from the date of this home visit, her brothers left her alone in the house, and she was sent to her uncle’s house where she is not accepted as a family member.
She has really vulnerable situation where she cannot find a place to go and share her emotions and feelings. She wants to complete her study but sometimes feel hopeless and helpless.
Hira Sunar, her neighbor is the one who is taking initiative for her and trying to connect her with the organization to support Mina either by providing education or providing shelter. 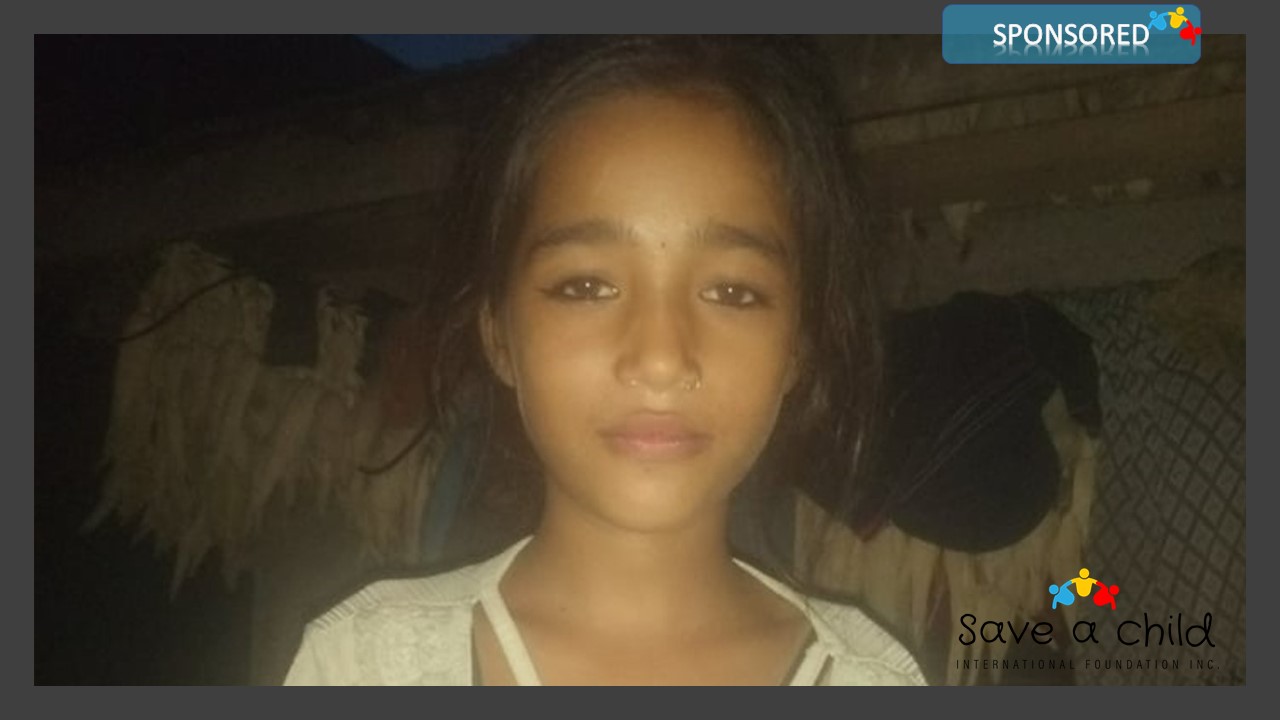 ID number: SPC-SN-2002
From: Chitwan, Nepal
Grade: 6
School’s name: Shree Basic School, Sharanpur
Number of family members:  7 (with grandparents)
Samjhana’s father drives the tractor. Her father has two wives. She is the child from the first wife. Her mother and her step mother both are housewives but they help their family by working in the field and earcn some money through it in the free time. Driving and the agricultural and farming are the main earning occupation in the family. 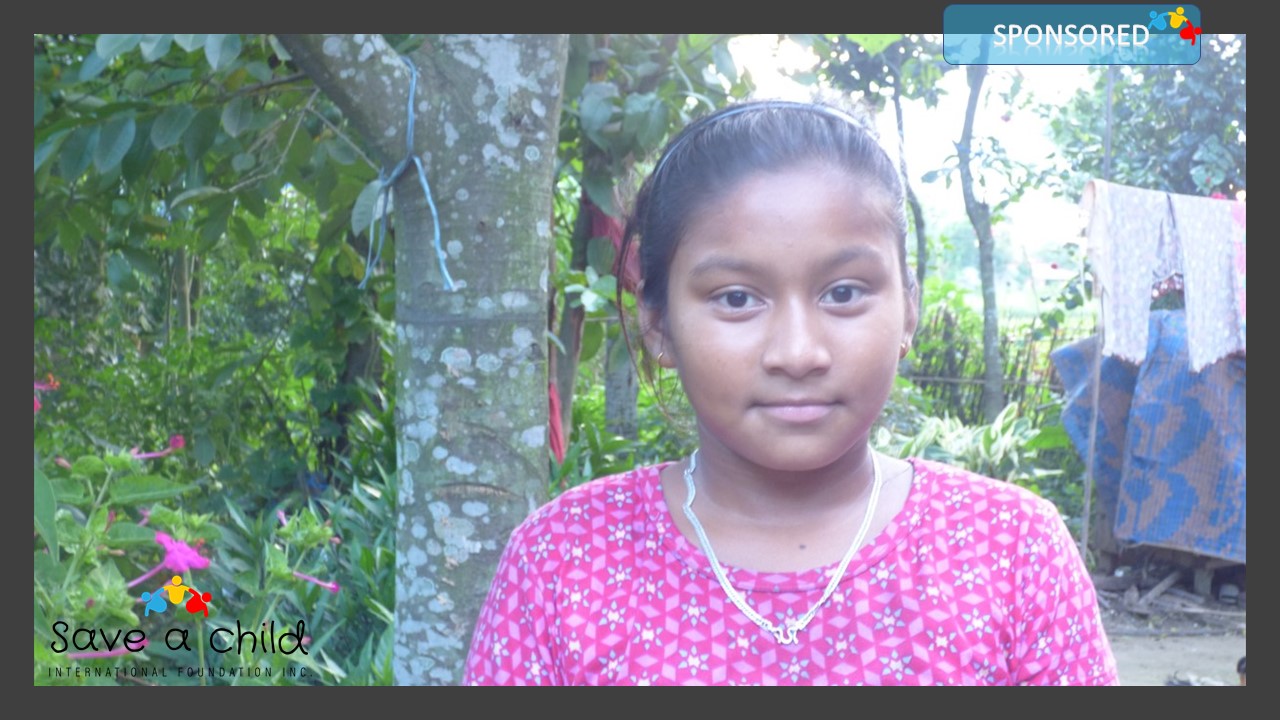 ID number: SPC-KP-2004
From: Chitwan, Nepal
Grade: 7
School’s name: Devjyoti Basic School, Devnagar, Chitwan
Number of family members:
Kangna is one of the good students in her class. She loves schools. During our home visit, she was having her one moth-long summer vacation where she was frustrated being at home and she was wishing to open her school soon.
Her father is an ordinary mechanic who works in motor garage as a mechanic. Kangna is an eldest child in her family and she has her young brother in the family. 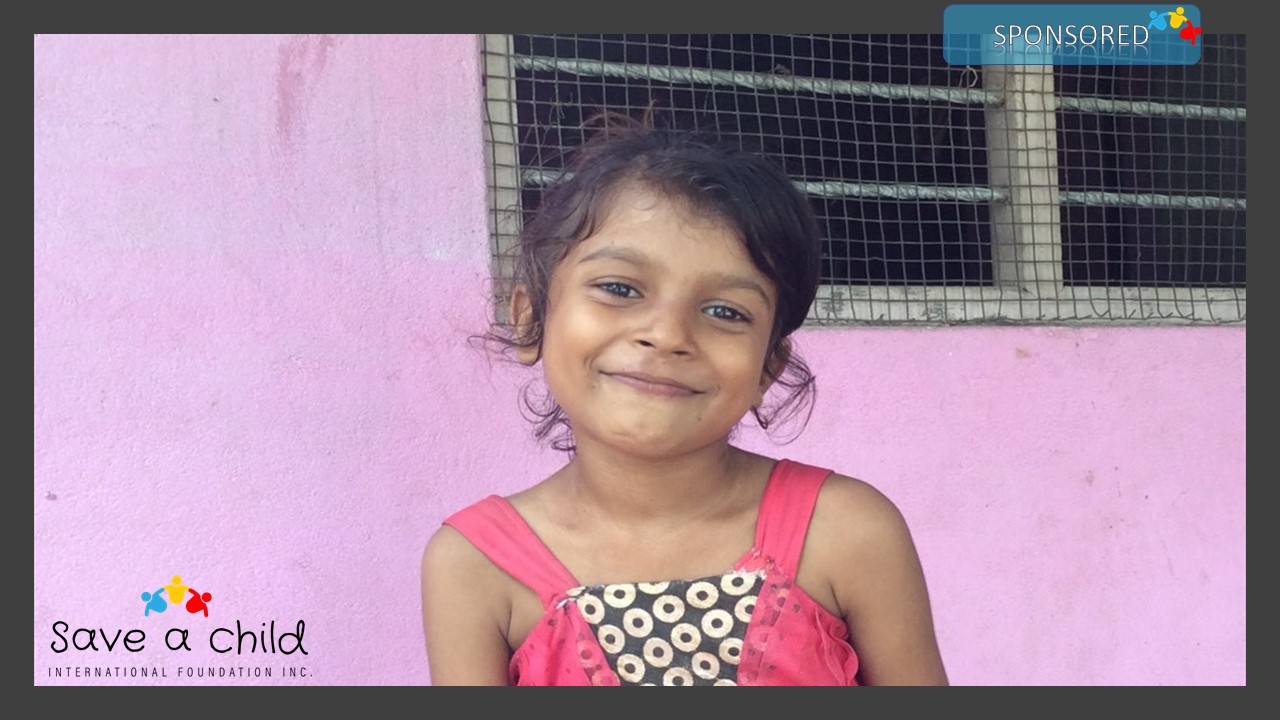 ID number: SPC-RK-2005
From: Chitwan, Nepal
Grade: 3
School’s name: Devjyoti Basic School, Devnagar, Chitwan
Number of family members:  4
Rasmina’s dad left them after her mother gave birth to her younger brother. Her father is a citizen of India so they believe that he would be in India and got another marriage. No one knows about him in her family. Rasmina, her mother and her brother are living in their paternal grandparent’s house for years now. The family is big with grandparents, her own family, and family of her uncles.
Her mother has little shop which sells the junk foods like biscuits, noodles, dry foods, bottle juice and other small goods. It has really a least income and it is not enough for the family at all.
Rasmina has keen to learn from school. She loves going school. Even though the circumstances are not good for them still her mother is so supportive towards her daughter’s education. It is remarkable and notable. 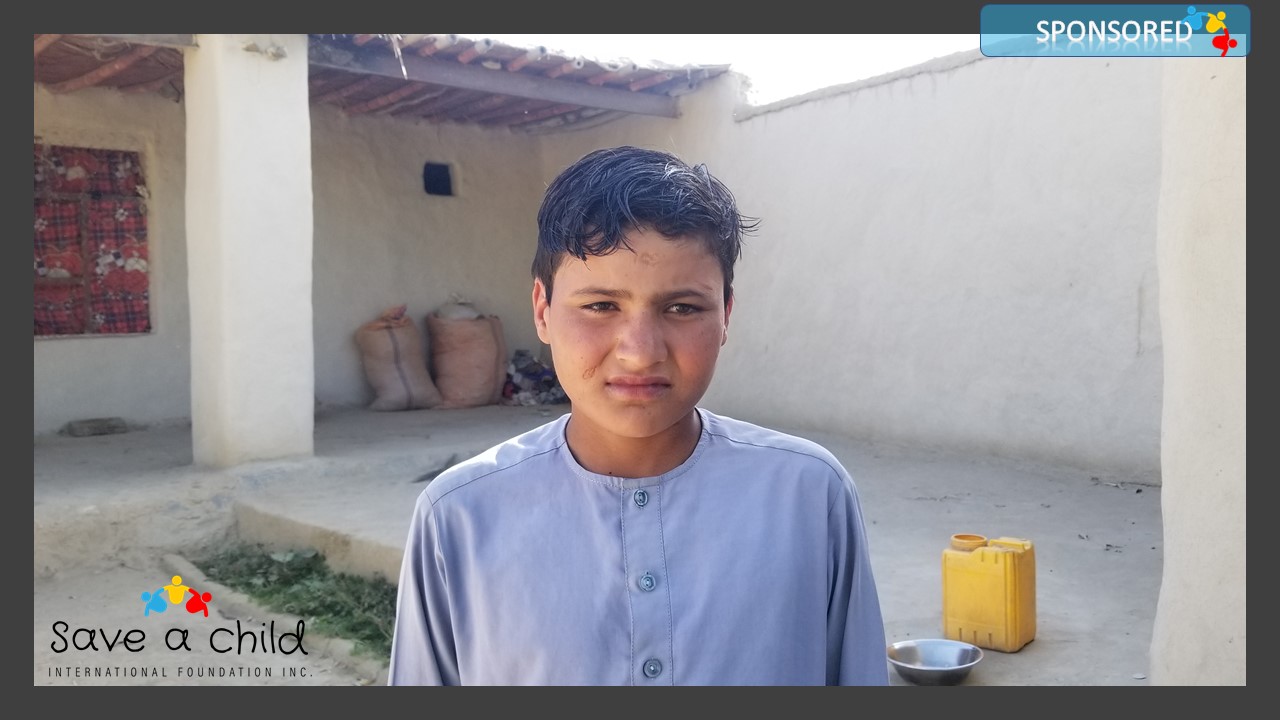 ID number: SPC-AO-2007
From: Saroby, Kabul, Afghanistan
Year of birth: 2007
Grade: 4
School’s name: N/A
Number of family members:  8 siblings
Abdul Aziz is a thirteen year old orphan boy he has an elder brother who carries goods of people from place to place on his Zarange type of small truck. Abdul Aziz used to collect plastic bags and scrapped metal in the city in his part time which they try to support and feed their family members, sometimes it’s hard for him to go to school because he has to work. 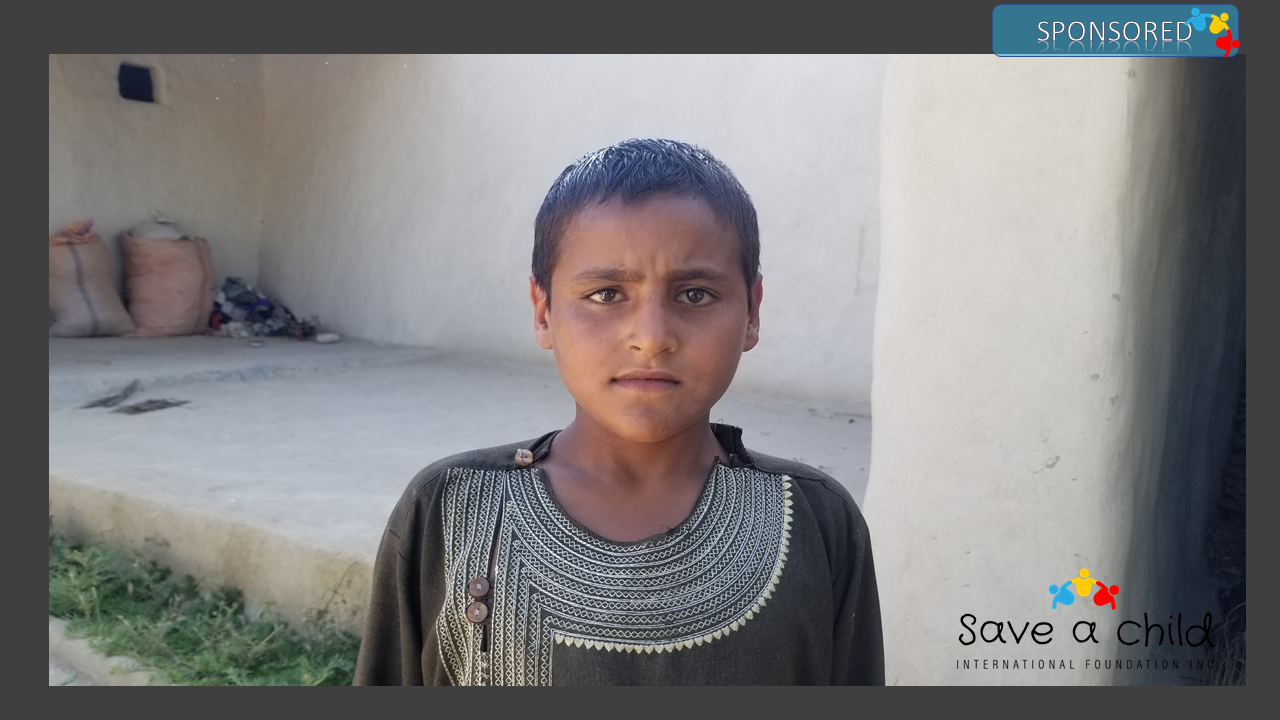 ID number: SPC-AO-2008
From: Saroby, Kabul, Afghanistan
Year of birth: 2011
Grade: 3
School’s name: N/A
Number of family members:  7 siblings
Asadullah is the brother of Abdul Aaziz they are in a big family financial problem they would like to study but they all are thinking about feeding themselves and their family members, they are scared what will also happen with them that their 19 year old brother is the breadwinner of the family who stopped going to school just for feeding the family members. 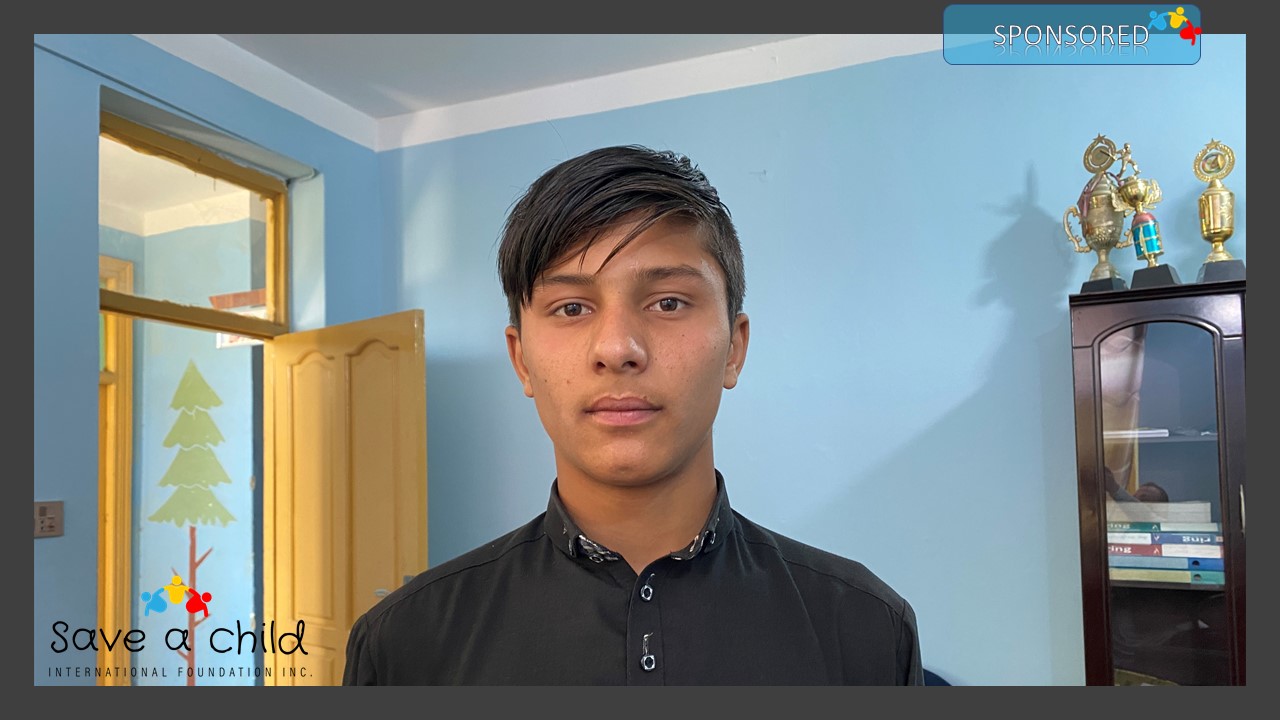 ID number: SPC-FA-2009
From: Jalalabad, Nangarhar, Afghanistan
Year of birth: 2004
Grade: 6
School’s name: N/A
Number of family members:  4 siblings
Farhad is 16 years orphan he is in 6th-grade class, he is the head and the only breadwinner of the house, besides he is a school student in an orphanage in part-time he was also a carpentry class student at IOC (International Orphan Care) because of the poverty he has to support his 6-member family so he stopped coming to IOC carpentry class, even though he does not have the legal age of work her mother told us that he is sometimes mistreated and named called for being so young. 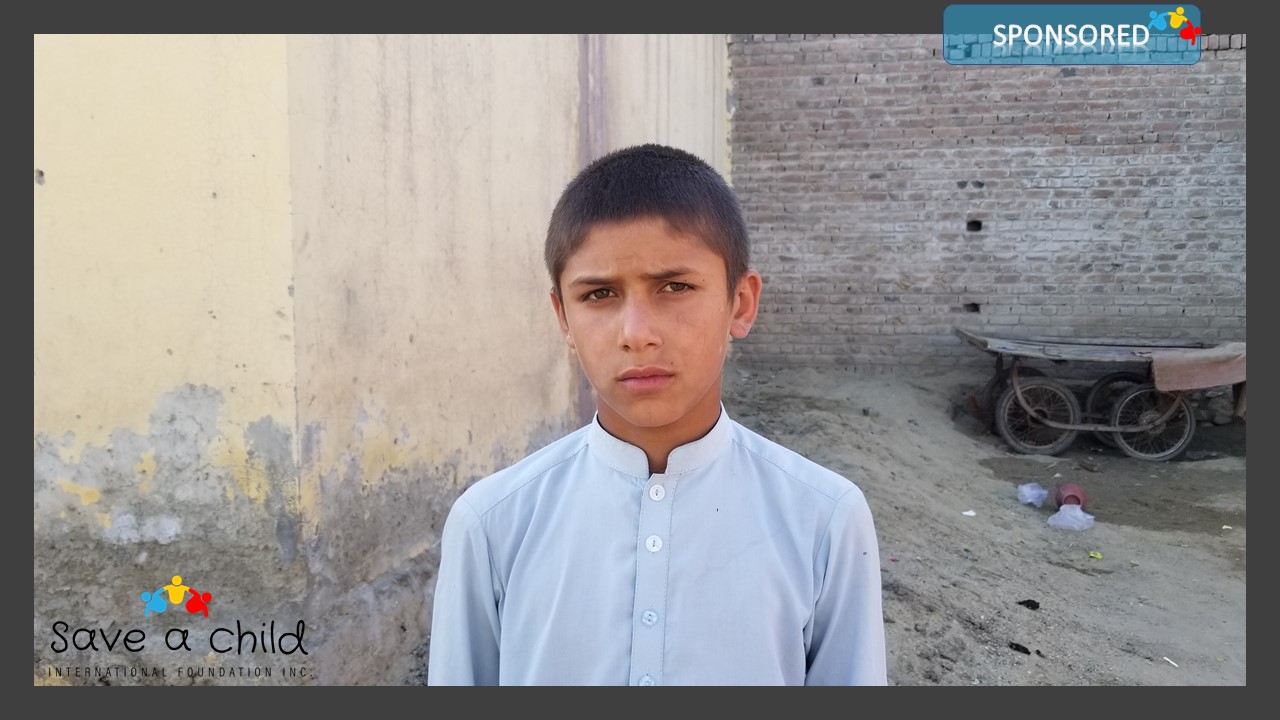 ID number: SPC-HA-2010
From: Jalalabad, Nangarhar, Afghanistan
Year of birth: 2007
Grade: 5
School’s name: N/A
Number of family members:  4 siblings
Haider is the brother of Farhad a 12-year-old orphan he is a school student they lost their father because of a disease, their family financial situation is bad his mother is also old cannot work to support and feed the children their neighbors sometimes help them with food, their mother wants them to be educated but they have to work in part times, at the same time the problem is that they are being mistreated and abused at the workplace because they have very young age so their mother does not let them go to work but they have a huge problem to feed the rest of the family.